Last week I had the opportunity to continue the work my Rogue Trader Kill Team. And I even finished the whole team. The choosen characters of this Kill Team are simply based on the Elucidian Starstriders rules. So I can use them in INQ28, Kill Team and even in 40K. I really like their appearance and unified look next to each other and I'm pretty happy how they turned out.

I decided to keep my palette as limited as possible and and continue with the colour scheme. The characters spent a long time in their ship and so I wanted to go on with a pale skin tone to represent this fact. 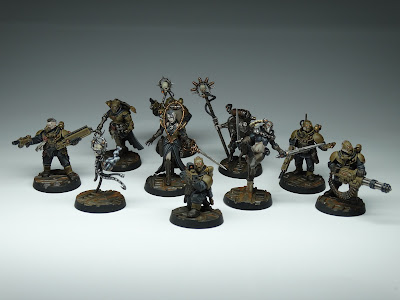 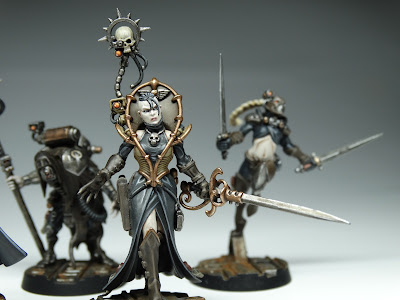 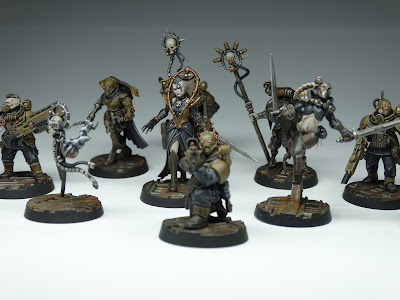 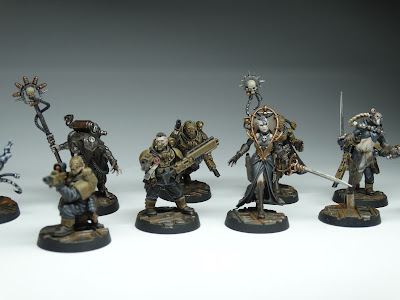 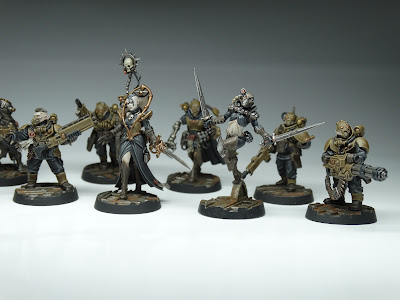 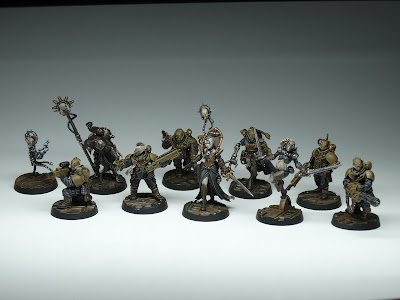 The Gunner with a rotor cannon completes the squad of my recently finished Voisdmen and was build and painted in the same way. 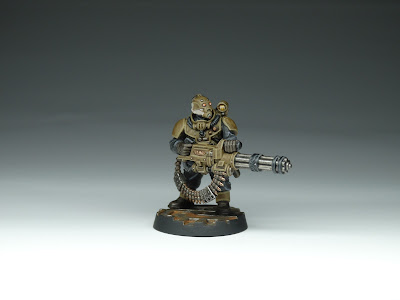 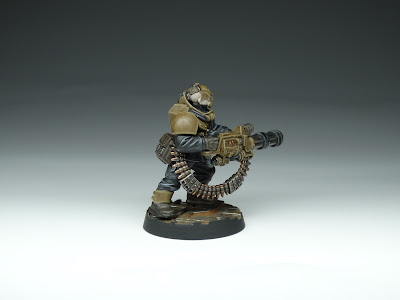 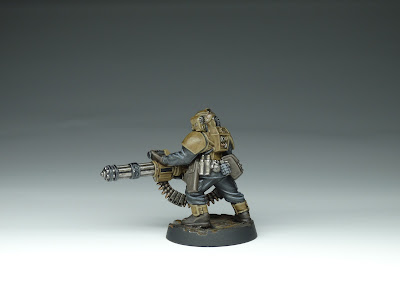 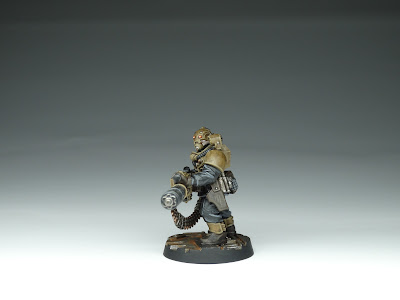 The Death Cult Executioner was the first model which I finished for this Kill Team. I love her dynamic pose in comparison to the other retinues and it helps to underline her superior fighting skills. 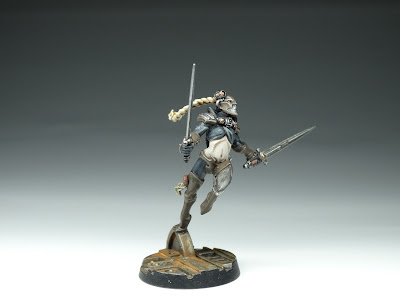 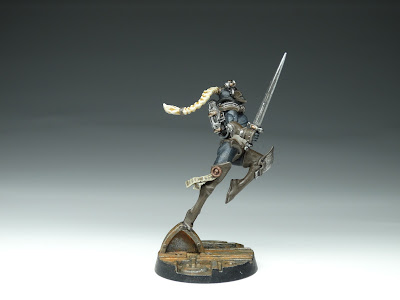 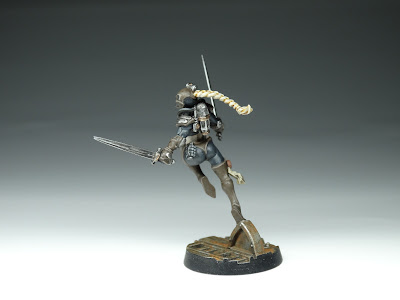 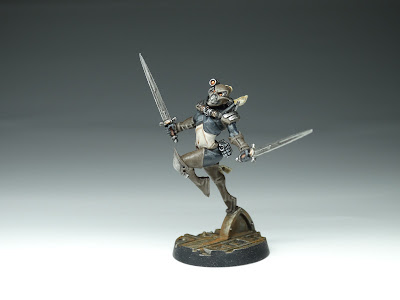 A Servo Skull counts as Aximillion, because it fits my desired theme way better than a dog. I think the servo spike is a little something that justifys the melee attributes. 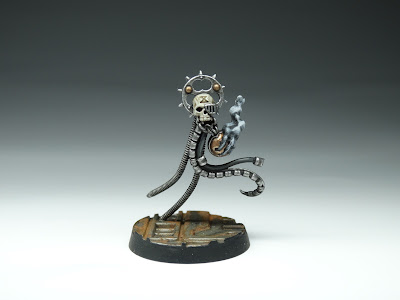 The Rejuvenat Adept conversion was a challenging one. I wanted a characteristic but still unified look. She's based half on a Warhammer Shadow Warrior Elve and Escher legs. I've added several bits and the backpack for letting her look like a medic specialist. 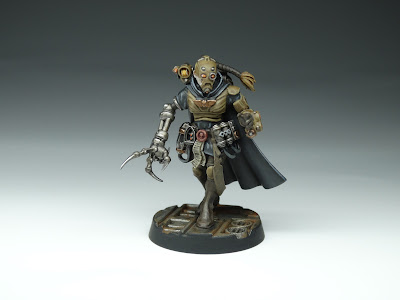 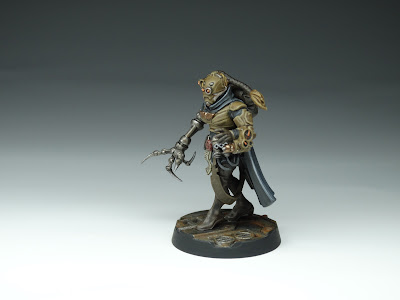 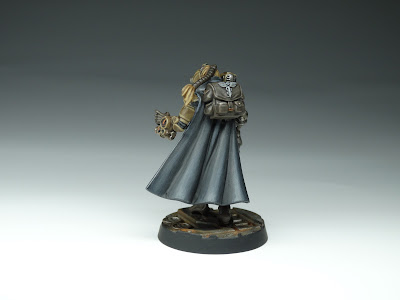 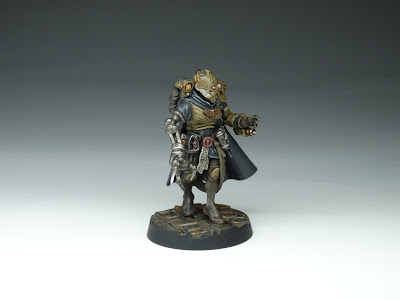 With the Lectro-Maester I tried to bring more of the grim darkness into my team. I really like all these Nighhaunt / AdMech conversions but thought something should be outstanding. I looked at a lot of these conversions and the answer was pretty simple: legs.I also decided to transform the electro pistol into a staff to gain a more sinister look. I tried to augment this look by choosing a dark colour for his robe. I placed a small AdMech decal on his shoulder to counteract that he's looking to much like a Dark Mechanicum member. 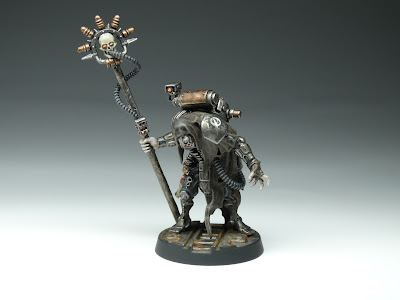 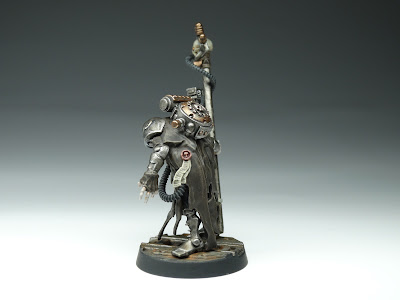 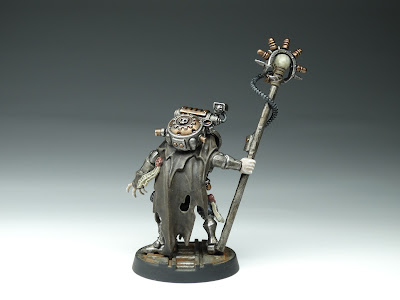 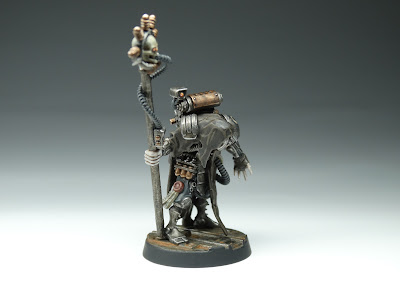 The Rogue Trader herself is based on the new Genestealers Magus mini. I saw this model and immediately knew that she is the model I was looking for. The conversion was very fast and easy. Personally I think her appearance is a good mix of elegance and tactical abbilities which a noble (and still loyal) Rogue Trader represents in my opinion. 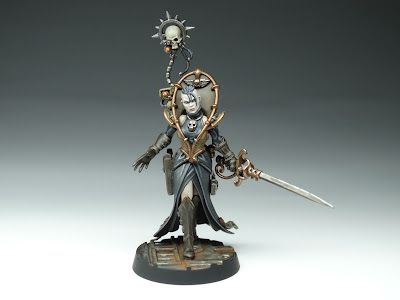 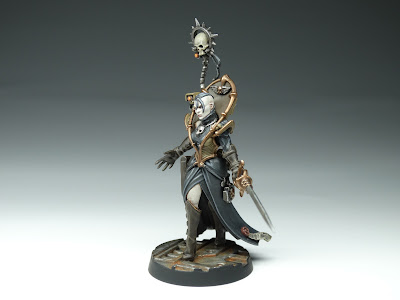 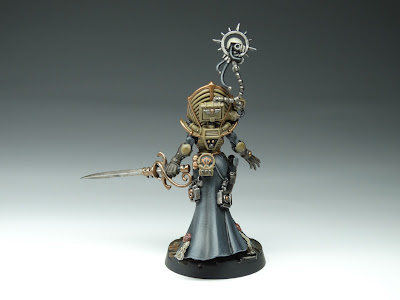 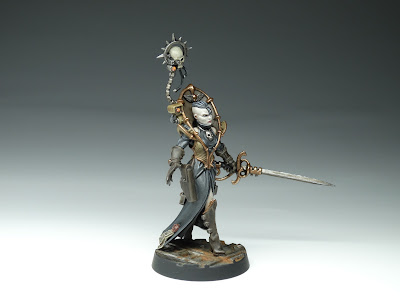 I will try to extend the range of my Voidsmen and maybe I'll have a small 40K expedition force at some time. If so, im pretty sure, I'll add some squad markings, numbers, etc. to the models and evetually do some minor changes to their bases. Let's see what the future will bring, stay tuned and thanks for your visit!
Posted by LarsonicMiniatures at 8:30 PM