I proudly present you my contribution for the very cool Bonereaper Challenge from Between the Bolter and Me. This challenge was the perfect opportunity to add a new model to my Drukhari Army. A model I hadn't thought of without this challenge - another Haemonculus. 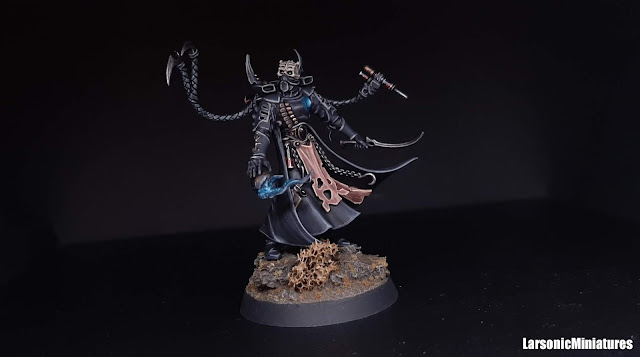 I have looked forward to this project since I first heard of it. Adam Wier did such a fantastic job with his conversion. Masterclass sculpting and I love how otherworldly his Eldar looks. A tall and slender Xenos, just pure awesomeness! Inspired by this I was aiming to get something similar but that hasn't worked well.

After I opend the box of the Bonereaper Mortek Guard my first thought was: 'Damn, these are tiny and so delicate!'. I cutted two models into pieces and tried to combine various bits with different arms and leg parts of all different kits like eldar or tyranids. Due to the fact that my green stuff skills are rather awkward, I started to rethink the possibilitys that this bonereaper kit offered for my style of converting. The head was the first thing I was sure about. Upper half mortek guard and the lower half is a modified head from the Drukhari Helions. I contiued to play around with combinations of bits and finally had a new plan.

After I had found a good starting point I tried to get the Bonereaper bitz into the game. They were used for the Head, the belly middelpart with loincloth, on his back and for the upper arms. I also used some stuff similar to my other models to get a coherent look. I used the whips of the Daughters of Khaine and added blades and an injector. Inspired by the Codex artwork I created a strange drukhari artifact, which hovers in his hand. A few more details like chains and spikes and I was done and really pleased with the result. The paintjob was done in the same way as on my other Drukhari and was a lot of fun. 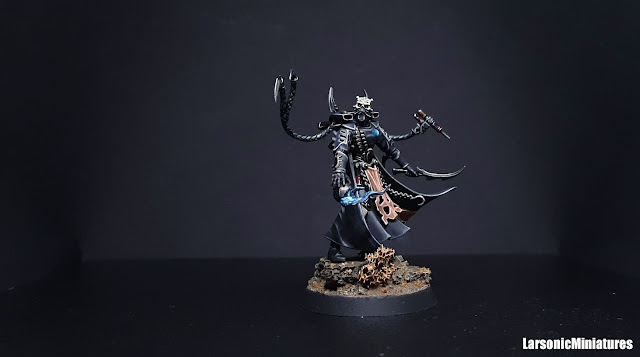 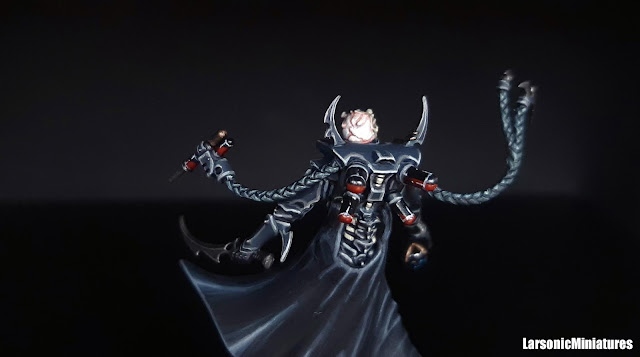 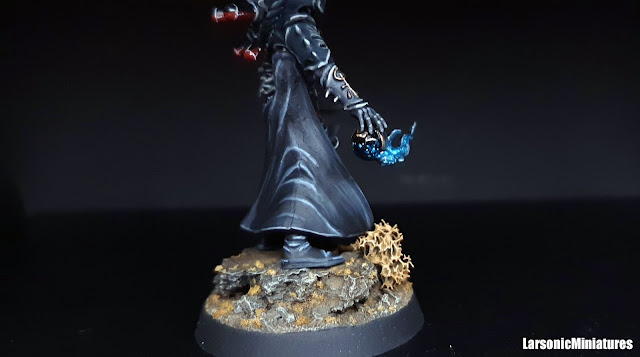 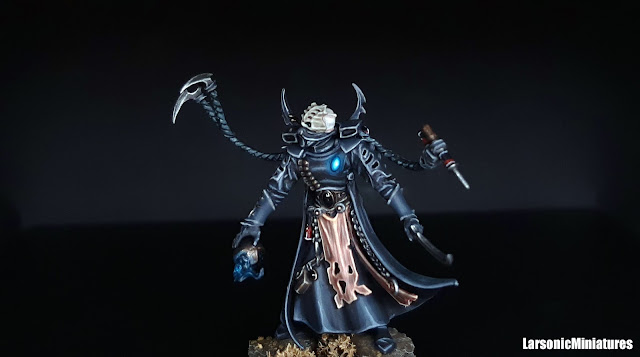 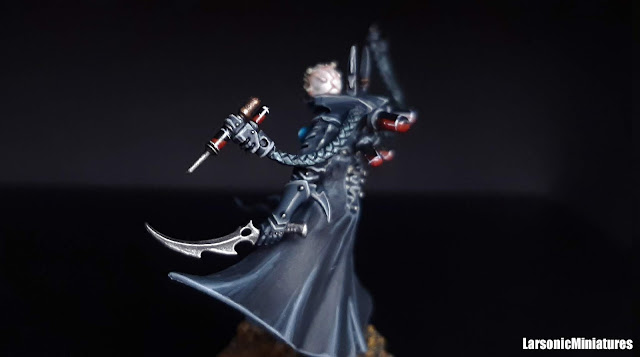 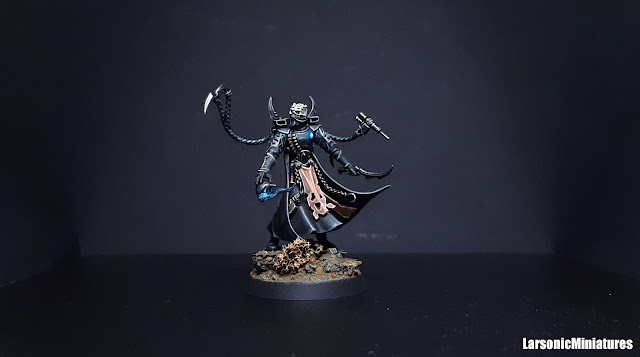 Thank you very much for your interest and I hope you enjoy this model as much as I do. Stay tuned!
Posted by LarsonicMiniatures at 11:27 AM